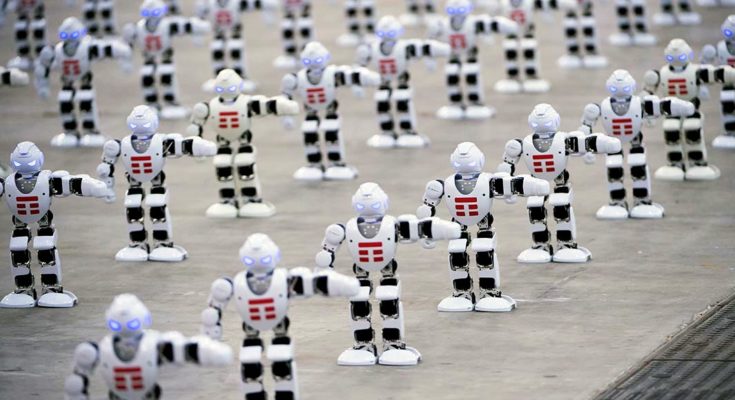 A new Guinness World record has been set in Italy when more than 1300 robots danced simultaneously without breaking the rhythm.

Since the last decade there is a race among the tech companies to set the record for Most robots dancing simultaneously.

In the last year China has achieved this record with 1,069 ‘Dobi’ machines .This year  Italy’s TIM S.p.A. in Rome has just broken the record with their Alpha 1S robots.

These robots are just under just under 40 cm (15.7 in) tall and composed of aluminium alloy with a plastic coating.

These robots are built by UBTECH Robotics which also built the Dobi machines for the previous world record.

The latest event was organized in Italy, where Guinness World Records adjudicator Lorenzo Veltri attended the event to make sure everything is going fine without any limitation.

In reality, the dance was perfectly executed as programmed and was amazing to watch.

It is not so far that these robots can also react, think and organize their own competition themselves!