Top 10 Fastest Supercomputers in The World(#2 is the Best) - Tekkibytes.com
Skip to content 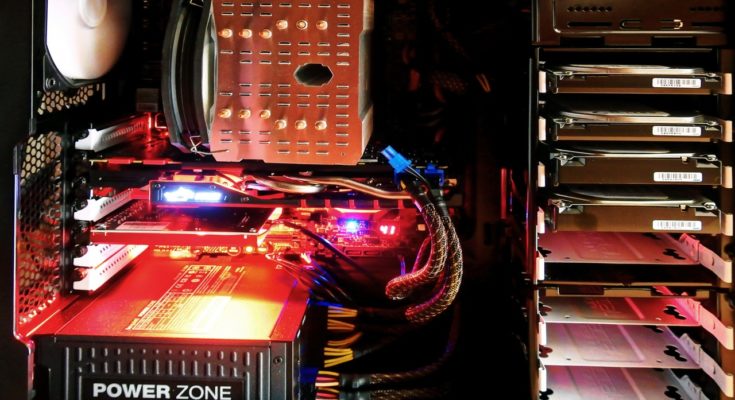 Fastest Supercomputer in the World| Do you ever think how fast your personal computer is? You may think it is fast enough to do your everyday tasks. But wait!

It is not fast enough! In today’s post, I will describe Top 10 world’s fastest supercomputers which really works faster than your imagination!

What is a Supercomputer?

A supercomputer is a specialized machine specially developed to perform sophisticated scientific tasks, weather forecasting, high volume data processing etc. In simpler terms, they are not made for normal usage. Every Supercomputer build today has its own specific purpose.

No surprise, the world of Supercomputers is hugely dominated by the two world superpowers USA and China!

Developed by the U.S. Department of energy Cori is one of the fastest supercomputers in the list with 622336 total cores and built with Xeon phi processors.

It sits in Lawrence Berkeley National Laboratory and delivers 27.88 petaflops as a peak performance.

Cori entered in the TOP500 list in 2016 but unable to compete with the other supercomputers and is in the last in the list.

Trinity, also knowns as ATS-1 is 9th in the list. It sits in Los Alamos National Laboratory in New Mexico,

It is equipped with Intel Xeon Phi 7250 68C 1.4GHz processor with Aries interconnect.

In November 2017, it entered in the 7th place TOP500 list after the upgrading of 9984 Intel Xeon phi-68 processors. In peak performance, it delivers 43.90 petaflops. But in June 2018 it slips to the 9th spot with the advent of more powerful supercomputers.

IBM Sequoia is technically the first supercomputer developed by IBM for the National Nuclear Security Administration as part of the Advanced Simulation and Computing Program (ASC). Since from its adoption, many sophisticated science applications( including models the electrophysiology of the human heart) have been run on Sequoia.

But again IBM Sequoia is pushed down to 8th place due to the advent of more powerful machines.

Titan or OLCF-3 is a supercomputer built by Cray at Oak Ridge National Laboratory is considered one of the most powerful supercomputers in the planet. In 2013, Titan is upgraded with US$60 million, by  United States Department of Energy. It has total 560640 cores delivering 27.11 petaflops in peak performance.

Finally breaking the US and Chinese dominance, Piz Daint is the first entry from the Swiss National Supercomputing Centre. In the TOP500 list, it is ranked as the 6th fastest supercomputer in the world.

It is equipped with AI Bridging Cloud Infrastructure for AI, Machine Learning and Deep learning. It is powered by Intel Xeon Processors E5-2609 v3 with 12 cores each. At the peak, it delivers 25.33 petaflops.

AI Bridging Cloud Infrastructure (ABCI) Powered by Xeon Gold processors which is a planned supercomputer by Japan’s National Institute of Advanced Industrial Science and Technology would be the 5th fastest supercomputer in the list.

The power consumption is planned to be around 3 megawatts.  The machine is designed focusing on the low precision floating point, big data.

Tianhe-2 or Milkyway-2 is a  Chinese supercomputer is developed by National Supercomputer Center in Guangzhou, China. Tianhe-2  was considered the top supercomputer in the TOP500 list 5 times until dethroned by Sunway TaihuLight in June 2016.

Tianhe-2 is also been criticized heavily for being difficult to use. It is also criticized that the rival supercomputers which are developed in Japan and U.S. are more easy to use. Some believe the code required to run Tianhe-2 needs years or even decades to write.

Sierra or ATS-2 developed by Lawrence Livermore National Laboratory tops the third place in the list.

The Sunway TaihuLight is another supercomputer from China and sits at the second spot of TOP500 list.

It is nearly three times as fast as the Tianhe-2. It is also considered as one of the most energy-efficient supercomputers in the globe.

The Sunway TaihuLight remained the fastest supercomputer in the list from June 2016 to June 2018 until beaten by  IBM’s Summit.

Presently,IBM’s Summit. is the fastest supercomputer in the world. It is considered the most powerful computer available today delivering 200 petaflops!

It has the gigantic 250 petabytes of storage capacity. It is powered by 9216 IBM POWER9 CPUs.

It is a new kind of supercomputer to feed the AI and deep learning for identifying next-generation materials.

Pratyush is the fastest Indian supercomputer moved to 30s in the TOP500 list. It is dedicated to climate research. Pratyush can deliver a peak power of 6.8 petaflops.

The Indian government dedicated  2.5 billion USD to supercomputing during the 12th Five-Year Plan period (2012–2017). So we can expect more from India also.